Everyone has their own workflows, transitions and statuses in Jira. Learn how to customise Behave Pro for your workflow

Some of Behave Pro's most powerful features include Traceability from User Stories (or any Jira Issue type) to Scenarios, particularly when the Scenarios are automated. This can be seen on the status tags generated on scenarios exported for Test automation.

Behave Pro has simplified the statuses that represent Issues down to three; Open, WIP, and Completed. There is a fourth status of "orphan" for Scenarios not linked to any Jira Issue. Behave Pro tries to make an intelligent attempt of mapping Jira workflow statuses to the simplified Open/WIP/Completed statuses assigned to Scenarios. Sometimes this mapping needs to be customised for a particular project.

Behave Pro can be customised for each Jira project that needs it by the project Administrator. The administrator needs to navigate the Project Settings in Jira and select "Behave Pro" from the left-hand navigation. This will open the configuration Behave Pro configuration. 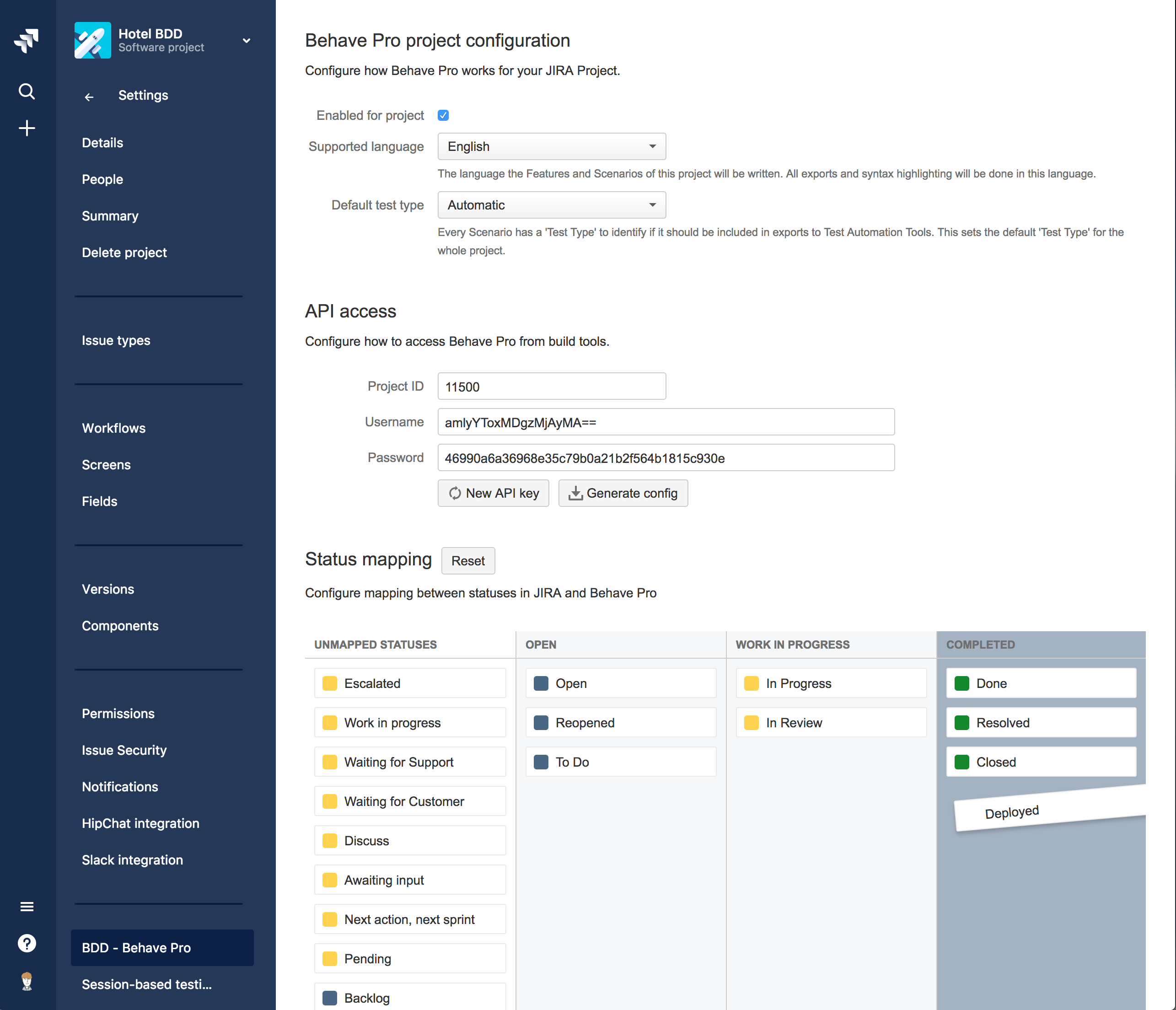 Towards the bottom of the configuration page will be the status mapping section. In this section you will see the Jira Workflow statuses listed in one of four columns; Unmapped Statuses, Open, Work in progress and Completed. This may be familiar to anyone who has customised Scrum or Kanban boards in Jira.

The columns represent the current mapping of Jira workflow statuses to the Open, WIP and Completed statues of Behave Pro. To change the mapping you simply drag drop statuses between the columns. It's as simple as that!